Get fresh music recommendations delivered to your inbox every Friday.

Songs from the Omega Point 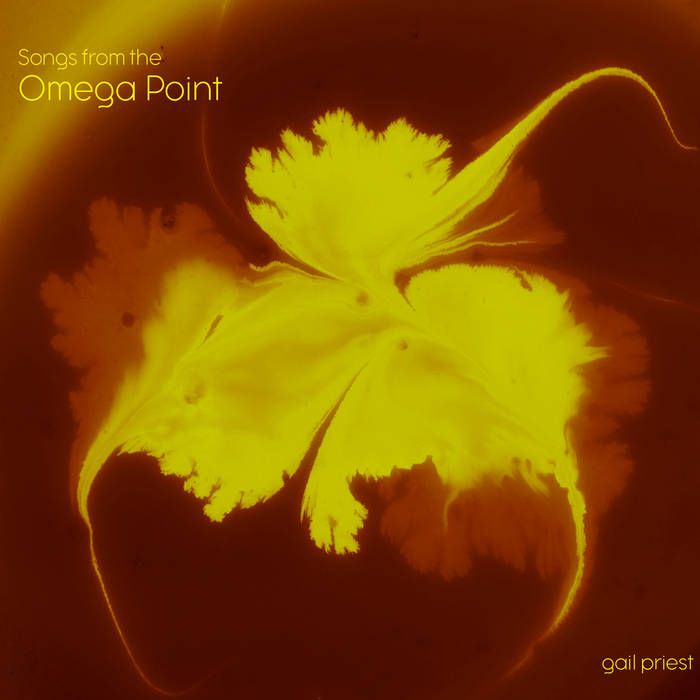 Phil Turnbull i think it's the spacey aspect that i like most - something which Gail has mentioned and which is not a common thing in her work. really delightful. Favorite track: Weather report from the heart of the sun.

A post-anthroposcenic package tour to a sun gone supernova.

In this concise concept EP Priest offers field recordings from the future composed into four sonic fictions. Most post-apocalyptic imaginings are dark but this future is bright — blindingly, searingly, flesh meltingly bright. But don’t despair, life goes on, just not as we know it.

The Omega Point was first proposed by Pierre Teilhard de Chardin (1881-1995) who suggested that matter becomes more complex over time, eventually reaching a state of consciousness. The Omega Point occurs when humanity has evolved to the ultimate point of complex consciousness and it breaks free rupturing space-time as we know it.

Mathematical physicist Frank Tipler ran with this notion proposing that humans will eventually evolve into post-human entities. He defines a living being as any entity capable of coding information that subsequently evolves by natural selection. We will manifest in this advanced form across the universe and avert cosmic collapse.

Songs from the Omega Point proposes how this universe and its life forms might sound. Pulsar winds dance with solar flares; ejaculations of plasma twirl with molten magma; and electromagnetic radiation self-organises into tiny-tuned transmissions. Freed from flesh and carbon, these entities’ songs are curiously playful and optimistic, with a superhero cartoonish naivety. It’s an intergalactic adventure and you are free to add your own thought bubbles.

Background: The four tracks were intended to be Priest’s side of a colour-themed split cassette with her side exploring all things yellow, thus the acidic brightness of the work. They were also composed as preparatory material for Priest’s Sounding the Future, an installation project driven by speculative creative writing, exploring what art in the future might sound like. Some samples were used in the installation but the complete composed tracks were not. Priest also deemed them a little too space opera to work on the proposed split cassette, and so they have been sitting on a hard drive waiting for their future to come.

A free iBook/interactive PDF of the Sounding the Future project is available here www.soundingthefuture.com/epub/index.html

Thanks to Sam & Kate.

Gail Priest is a sound artist from Sydney/Katoomba, Australia making experimental sound and electronic music that explores the interaction of the figurative and the abstract, the machinic and the organic, the sensual and the brutal. Her practice encompasses performance, recording, gallery installation and sound design. ... more

Bandcamp Daily  your guide to the world of Bandcamp

Little Brother joins the show to discuss their beautiful journey, plus tunes from Fat Tony